Princess Diana of Themyscira believes that her 16th birthday will be one of new beginnings-namely, acceptance into the warrior tribe of the Amazons. But her birthday celebrations are cut short when rafts carrying refugees break through the barrier that separates her island home from the outside world. When Diana defies the Amazons to try to bring the outsiders to safety, she finds herself swept away by the stormy sea. Cut off from everything she's ever known, Diana herself becomes a refugee in an unfamiliar land.
Now Diana must survive in the world beyond Themyscira for the first time-a world that is filled with danger and injustice unlike anything she's ever experienced.
With new battles to be fought and new friends to be made, she must redefine what it means to belong, to be an Amazon, and to make a difference.
From New York Times bestselling author Laurie Halse Anderson (Speak) and acclaimed artist Leila del Duca (Shutter), Wonder Woman: Tempest Tossed is a story about growing into your strength, fighting for justice, and finding home.
See More See Less 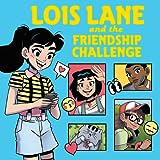 Lois Lane and the Friendship Challenge
From New York Times bestselling author Grace Ellis (Lumberjanes) and artist Brittney Williams (Goldie Vance) comes a new story about 13-year-old Lois Lane as she navigates the confusing worlds of social media and friendship. It's the first day of summer break in the sleepy town of Liberty View, and young Lois Lane bursts onto the scene with what she knows is a sure-to-go-viral video channel. Okay 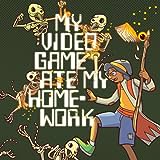 My Video Game Ate My Homework
Meet Dewey Jenkins, a 13-year old schoolkid who's about to fail science class. Follow him on an amazing adventure that leads Dewey and his friends to a virtual world where they will have to overcome all sorts of digital creatures and solve a number of puzzles in order to get home. My Video Game Ate My Homework is a funny, fast-paced adventure that shows the importance of cooperation and teamwork, 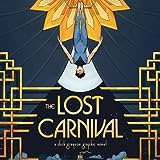 Lost Carnival: A Dick Grayson Graphic Novel
Before he met Batman, Dick Grayson discovered the power of young love-and its staggering cost-at the magical Lost Carnival. Haly's traveling circus no longer has the allure of its glamorous past, but it still has one main attraction: the Flying Graysons, a family of trapeze artists featuring a teenage Dick Grayson. The only problem is that Dick loathes spending his summers performing tired routin 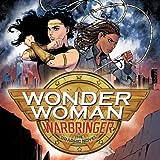 Wonder Woman: Warbringer
Diana longs to prove herself to her legendary warrior sisters. But when the opportunity finally comes, she throws away her chance at glory and breaks Amazon law- risking exile-to save a mere mortal. Even worse, Alia Keralis is no ordinary girl, and with this single brave act, Diana may have doomed the world. Alia is a Warbringer-a direct descendant of the infamous Helen of Troy, fated to bring ab