Legendary comics author Grant Morrison has always striven to reveal the great truths of existence that lie hidden behind the camouflage of mundane reality. This quest for the profound and the sublime has led to some of the strangest and most moving works in the annals of graphic storytelling—including the two transformative tales collected here.

In SEBASTIAN O, artist Steve Yeowell brings to life Morrison’s steampunk reimagining of the golden age of dandyism, as personified by one Sebastian Alfred O’Leary, who is—depending on the observer’s viewpoint—either “the golden miracle child in whom all the qualities of the gods will be reflected in harmony,” or simply the best-dressed member of “a lair of bloody sodomists and drug fiends.”

In THE MYSTERY PLAY, artist Jon J Muth illuminates Morrison’s elegiac meditation on guilt, sacrifice, judgment and retribution, as revealed by Detective Sergeant Frank Carpenter in his twisting, hallucinatory investigation into the murder of an actor playing God in a small English town’s revival of the medieval stage dramas that celebrated the Christian story. 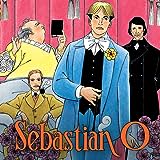 Sebastian O (1993)
Following its eponymous protagonist as he hunts the man who condemned him to Bedlam for his moral outrages against Victorian society, this miniseries helped launch Vertigo and the career of the legendary Grant Morrison. 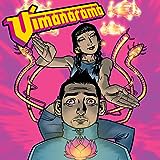 Vimanarama
A modern-day Arabian Nights, in the form of an Indian romantic comedy set on a celestial stage. East meets West with a burst of color, song, and cosmic violence in Grant Morrison and Philip Bond's widescreen-action soap opera!
Kid Eternity (1991)
He’s neither dead nor alive. He’s KID ETERNITY, a teenager endowed with supernatural powers and the ability to bring back the dead—a gift from the powers above for being taken by death before his time.
Seaguy (2004)
Award-winning writer Grant Morrison charts new territory with a limited series filled with colorful heroes, sinister theme parks, beautifully bearded women, a cigar-smoking tuna fish, and art by Cameron Stewart!
Joe the Barbarian
Grant Morrison weaves an adventure described as "Home Alone by way of Lord of the Rings." When young Joe gets transported to a world inhabited by his toys, he must figure out whether he really is a savior of this wild fantasyland or merely in an insulin-deprived delirium!