As the smoke clears from the Trinity War, one thing looks disturbingly clear: the members of the Justice League of America are dead, betrayed by one of their own. But as with the Trinity War, all is not what it seems. Martian Manhunter and Star Girl have lived to fight another day and find themselves trapped on an alien world that is under the control of a group of super-villains. The key to their survival may lie in the hands of the super-villain Despero, but will these heros be able to find it within themselves to trust soemone who is supposed to be their mortal enemy?
This volume collects issues #8-14.
See More See Less

Justice League of America (2013-2015)
Green Lantern! Green Arrow! Catwoman! Katana! Vibe! Hawkman! Stargirl! They aren't the world's greatest super heroes--they're the most dangerous. But why does a team like the JLA need to exist? Writer Geoff Johns brings readers the answer with this JUSTICE LEAGUE (2011- ) spin-off series! 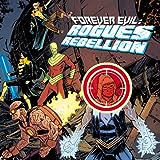 Forever Evil: Rogues Rebellion (2013-2014)
A FOREVER EVIL tie-in limited series! The Justice League is dead, and evil has inherited the Earth! The Flash Rogues stand by their own code of honor--but honor has no place in a world where evil reigns supreme. Now, if they are to survive, the Rogues must go on the run. 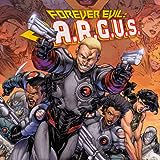 Forever Evil: A.R.G.U.S. (2013-2014)
A FOREVER EVIL tie-in limited series! The Justice League is dead, and evil has inherited the Earth! Can Steve Trevor and the surviving members of A.R.G.U.S. stand against the villains of the world? 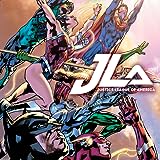 Justice League of America (2015-2016)
It's massive widescreen JUSTICE LEAGUE action and adventure from superstar writer/artist Bryan Hitch! In this extra-sized debut issue, the League comes up against an armada of aliens heading for Earth that claims to be a peaceful religious tribe. But something sinister is lurking in their ranks...something with ties to ancient Krypton! 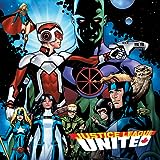 Justice League United (2014-2015)
In the aftermath of FOREVER EVIL, Adam Strange is caught up in an adventure across the far reaches of the cosmos. His quest will unite an unexpected team of heroes including Supergirl, Hawkman, Green Arrow, Stargirl, Martian Manhunter and Animal Man.