After a globe-trotting adventure with the greatest fighters on Earth, Barbara Gordon—a.k.a. Batgirl—is glad to be back in Burnside, Gotham City’s coolest neighborhood. There’s just one problem: everything’s changed, from her school to her friends to Burnside itself.

But there’s an even bigger problem headed Babs’ way. Turns out the tech mogul who’s transforming the town is none other than Ethan Cobblepot—the estranged son of the crime lord better known as the Penguin!

Yet Ethan and his father don’t seem like birds of a feather. He’s handsome, he’s heroic and he just might win Barbara’s heart. Can she trust this new man in her life—or will his villainous parentage kill their fledgling relationship before it even gets off the ground? 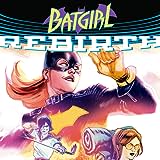 Batgirl (2016-)
The Batgirl you know and love is going global with Eisner Award-winning and New York Times best-selling writer Hope Larson (A Wrinkle in Time, Goldie Vance) and all-star artist Rafael Albuquerque (AMERICAN VAMPIRE). In order to up her game, Babs travels to Japan on a quest to train with the most elite modern combat masters of the East. But when a chance meeting with an old friend puts a target on

Nightwing (2016-)
He's been Robin, Batman, a spy, a ghost. Now, Dick Grayson returns to Gotham City to reclaim the life that was taken from him. But when a new evil threatens those he loves most, Nightwing faces being torn away from home once again in order to destroy the dark force once and for all. Powerhouse artist Yanick Paquette (BATMAN, SWAMP THING) joins series writer Tim Seeley (GRAYSON, BATMAN & ROBIN ETER 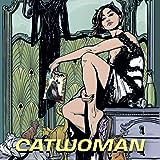 Catwoman (2018-)
The wedding night's barely over, but Catwoman's back on the streets, this time to expose a copycat who's pulling heists around Gotham City. As Selina cracks the whip on her former criminal cohorts, she's attracting unwanted attention from one of Gotham's most dangerous groups. The mob? Nope. Try the GCPD.

Red Hood and the Outlaws (2016-)
When a shocking encounter with Batman solidifies the Red Hood's status as a villain, Jason Todd goes deep undercover to take down Gotham City's criminal underworld from the inside. Along the way, Jason meets two unlikely allies: a disgraced Amazon warrior named Artemis and a half-baked Superman clone called Bizarro—and the DCU's "Dark Trinity" is born!
Supergirl (2016-)
Supergirl turns to the shadowy organization known as the D.E.O. (Department of Extranormal Operations) to restore her lost powers once and for all! But as a fateful experiment sends Kara Zor-El rocketing toward the sun, disaster strikes at home in the form of the lost Kryptonian werewolf Lar-On! Epic action abounds in Supergirl's solo series!